The Pirates Inn, Savannah is known as one of the oldest buildings in Savannah. It is 250 years old and has been one of the most popular places to eat in the city. It is also rumored to be the oldest building in the entire state. This building has a shady past that we are going to talk about. The building was used in the 1700s for shanghaiing men. This was less than honorable. However, this was done with this building. We are going to talk about the history and haunted history of the Pirates’ House in Savannah, Georgia. 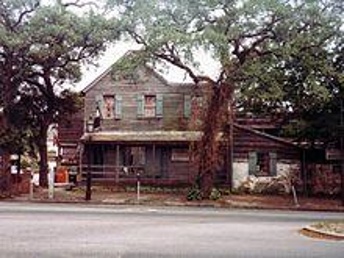 Brief History of the Pirates’ House

This was a tavern that would be built in 1794. It was only a block away from the river. This river is the Savannah River. Pirates and sailors would meet here for a drink and to talk. It was a popular destination. There are stories that the sea captains would shanghaied seamen from the tavern onto their ships to complete their crew. The seamen who would get drunk would be dragged and even carried to strange ships not even knowing where they are going.

The tavern would be made famous in a book called “Treasure Island.” The book would state that a captain named Flint would die upstairs in a room. His last breath had him shouting to bring run. The character in the book stated that he was with Flint when he had passed away in that tavern. It is said that Captain Flint still haunts the building to this day.

No one really knows the full date in which the tavern was built. Some state that it was 1753 and others in 94. However, it was established in the downtown portion of Savannah. Some of the buildings would be built earlier on. It was believed that one portion was built in 1734. This is why it is the oldest building in Georgia. You can find the building on a plot of land. It is found on the eastern side of the original city plan. The plot of land that was supposed to be a botanical garden. It would be a garden based on the Chelsea Botanical Garden in England. The garden would be dedicated to the trustees of Oglethorpe. The trustees would hire botanists from around the world to get all different types of plants. This garden was supposed to bring much success with wine and silk. They were growing mulberry trees. However, the mulberry trees would not produce because the weather and soil were not good enough for these trees. It would never produce the silk and wine that they wanted. However, the peach tree that Georgia is known for started here. Later on, cotton would also be a staple of the economy.

There would be a small building that would be added to the land in 1734. This was to provide housing for the gardener who was working on the land. This was known as the Herb House. This is the oldest standing building in the state. However, in 1754, the people of the city no longer wanted a botanical garden and it was irrelevant. Savannah was known for a port town at this time and the house would be transformed into a tavern and inn for the men who were visiting from abroad.

The Pirates’ House is home to a famous book. It has some early pages in the book written by Robert Stevenson. The pages are hung from the walls of the Treasure and Captain’s room in the Pirates’ House to this day. The current owners of the place state that Captain Flint, the pirate in the book, had died upstairs in the bedroom at this location. However, people need to realize that the captain was a made-up character. The story is not true at all. However, it is still claimed that this captain haunts the place. There is nothing that states that Flint had died in the building or even in Savannah.

It was in 1948 that the land and the house would be purchased by the Savannah Gas Company. The building would catch the interest of the wife of the company, Mrs. Hilyer. She would renew the house and make it how it is today. The house has fifteen different dining rooms and can hold 120 people. The cuisine focuses on southern home-cooked meals.

Ghosts of The Restaurant

You can find the restaurant in the historic district in Savannah. As stated, it is one of the oldest, if not the oldest building in Savannah. It is also one of the most haunted as well. For decades, there have been ghost stories that have been told all around Savannah, however, the center of the talk revolves around the Pirates’ House. The building is 250 years old and has some history. Because it is old and has its fair share of time, there is going to be paranormal activity occurring.

During the earlier times of the building, as you know, it was a place for seamen to have a drink. However, there were also criminals and less than decent people in the tavern as well. This place was not a place that you would want to go to. Many men would walk into this bar to have a drink. However, they would wake up hundreds of miles away from the bar on a ship that has been sailing for hours. They had no choice but to work on the ship. The only other option was to go overboard.

These tunnels would lead from the Rum Cellar to the tunnel on River Street. It has been covered for quite some time now, however, it would carry the drunk men to the boars.

Ghosts of the Sailors

It is said that when you go into the place that you can see shadow figures and other ghostly things. You will see them walking around the dining halls. When the staff is all alone they can still feel like they are being watched. It always feels like you are never alone in the building. Many employees stated that they felt watched only to turn around and see an apparition of a seaman from long ago. These ghosts are reportedly looking right into the eyes of the employees. You can expect to hear footsteps when there is silence. You know that these are the sound of boots on plant floors. People who have walked past the building have also reported seeing ghosts in the windows.

The most famous legend is that of Captain Flint. He is a fictional character that is said to haunt the area because he died in a bedroom in the building. However, there is no truth behind this and his death cannot be proved. It also cannot be proved that he was even a real person. 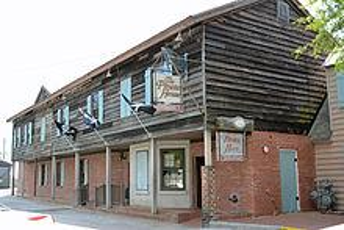 There are many things that have happened inside this building. It was once a place to go and get drunk. Many people would go there to get drunk if they were down on their luck and had nowhere else to go. However, they would not get to go home. They would basically be kidnapped and brought aboard a ship to serve. They would serve or be tossed overboard. The tavern had once been a less-than-exceptional place to be. However, today the Pirates’ House is a great place to stop and get a bite to eat. You will be able to eat during lunch and dinner hours. They are a great place to stop. However, don’t be surprised if you see or hear something out of the ordinary while you are here.