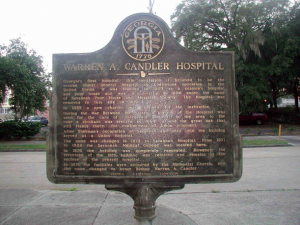 This hospital was the first hospital to open in Savannah. It opened in 1904 and is the 2nd oldest hospital for continuously operating in the entire nation. It was built to be used as a medical facility for those who were injured at sea and had gotten sick. However, the hospital would be tested in 1920 from the Yellow Fever outbreak and epidemic. Keep in mind that Yellow Fever was one of the biggest and most destructive epidemics to hit the United States ever. This was a time of crisis for Savannah. Over seven hundred people would die and two doctors trying to treat victims as well. However, with an old hospital, there are bound to be some juicy stories. Let’s talk about the history and haunted history of the Old Candler Hospital. 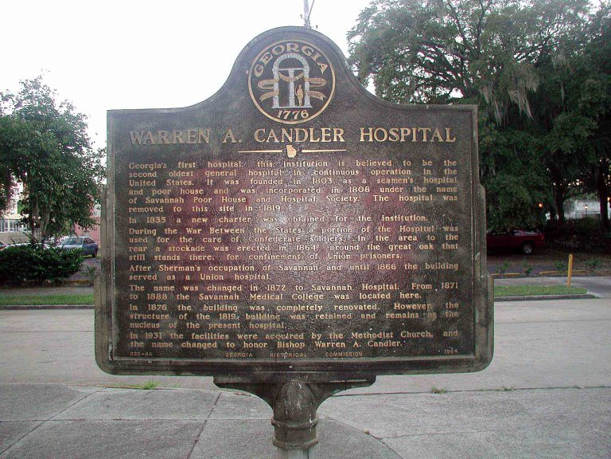 The hospital has 384 beds and you can find it at 5353 Reynolds Street in Savannah. The hospital was built in the earlier part of the 1800s. It was also known as a poor house and a hospital for seamen. However, it would eventually be known as the Savannah Hospital. It is the second-oldest to continue operation. The hospital would be renamed in 1931 because it was endowed by the founder of Coca-Cola. He would rename it after his brother who would lead the hospital. His name was Warren Akin Candler. The Candler hospital would eventually merge with what is known as  St. Joseph’s Hospital. This is another hospital that can be found in Savannah. The campus for the hospital is now over 62,000 square feet. It has a cancer center and many other buildings as well. 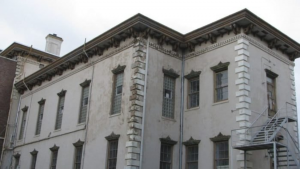 History Behind the Candler Hospital

There are some pretty crazy tales that happen in Savannah. These tales are meant to scare locals and tourists alike. However, there is one place that will date back centuries, the Candler hospital. It is one of the oldest places in Savannah and we are going to take a look at its history.

This hospital is one of the scariest places in the town. This is according to the locals who live there anyway. This was a one-of-a-kind hospital back in 1804 when it was established. However, this is not what people are fascinated with. It is the deep history and hidden secrets that make it so interesting. One of the most interesting facts about the Candler Hospital was that there was an underground tunnel. This was a tunnel that would run from Candler underneath Forsyth Park. These tunnels would be used to transport bodies of those who had passed away from the Yellow Fever outbreak and epidemic.

It is said that the tunnel would be filled with dead bodies during the day. At night there would be horse-drawn carriages and the bodies would be loaded up. The carriages would then take the bodies they had loaded and go bury them. This was all done secretly.

Another story is that of the Candler Oak Tree. This is also known as the Hanging Tree. It is one of the oldest landmarks in the city and state, however, it has quite a morbid past. There are also rumors about shock therapy. This therapy was said to be used in the psychiatric ward. There were said to be other treatments that were very horrifying. However, during that time, it was considered a treatment.

You can find the Candler Hospital just to the east of Forsyth Park. Well, what is left of it anyways. Today, it is a law school. However, many tours still go to this location and talk about death and what happened.

In 1876, it was one of the largest and final epidemics of Yellow Fever to break out. It would swamp and drown this small city. Thousands of people would die or be waiting to die. This is a serious condition. You will spike a fever and the organs in your body will shut down. You are going to vomit, however, this is black fluids that are going to look like used coffee grinds. There is not a single cure for this disease. The only way to survive this is by a miracle.

It was during this last outbreak that Savannah would dig tunnels. There were tunnels dug and there were even burials made in secret. Many people will wonder and think if they are standing on a grave. One tunnel did not have an exit and it was going to go to Forsyth Park. This was a place for the storage of the people that had died of Yellow Fever. It is said that the dead are laid in these tunnels so that they can lay for endless sleep.

The most commonly known tunnel is that below Forsyth Park. This is just a few steps away from the hospital. However, there are no exits so no one knows for sure. It is said that this tunnel was used primarily as a place for the bodies to be put.  This was a tunnel of death. It is said that some tunnels were used to secretly transport bodies to burial sites, however, some tunnels were created to just bury people.

One thing is for sure, you may be standing on a burial site when you are visiting Forsyth Square. No one knows for sure if there are bodies here, however, if there is, it might explain the hauntings that occur. 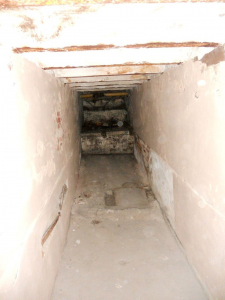 You can take a tour of the Candler hospital and the park. When you do get a tour, you will notice the Candler Oak. This tree is sixteen feet around and it is almost three hundred years old. This large Oak is the Hanging Tree.  You can sometimes see apparitions that have been hung from the tree. You will mostly see them at night.  However, the most commonly talked about item is the tunnels that would run from Candler to underneath a park nearby. The tunnel would be used for the recently dead bodies. These tunnels were used to transport and take bodies to secret burials that would happen throughout the city. No matter who you ask, there is no way that people know where these graves are so that means you could potentially be walking on one any minute. You can also see many apparitions around the area where the morgue tunnel was.

The hospital was a great place until the Yellow Fever epidemic had hit. It took out many people and there were more bodies than anyone knew what to do with. Plus, the town was in a state of panic and they didn’t want people to see how many were affected. That is why there were tunnels dug and people would have the bodies transported that way. However, there were more bodies than they could deal with secretly burying. This means they had created a mass grave to help get rid of the bodies. Most of the bodies would be taken by carriage in the middle of the night to a secret burial site, however, it became too much. One morgue tunnel had no exit. This means that the bodies were just pilled up and there was a mass grave. It is said that you do not know where you are standing in the city. You could potentially be standing on top of a grave that was secretly made when this fever struck. However, with all that being said, you can come to take tours and learn all about the history of the city. Plus, if you go near the tunnel, you can also see apparitions of those who were put into the mass grave or into unmarked graves. Plus, the apparitions that you can see in the tree are also not the prettiest sight. This is a place for those who are able to handle serious ghost encounters. You will not enter this area and not see anything. That is a promise.