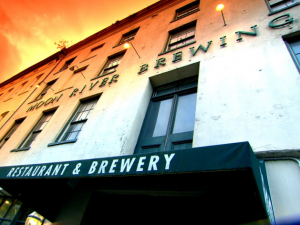 The Moon River Brewing Co is known as one of the most haunted, scratch that, most haunted places in Savannah. It comes in at number one on the scary scale. It was built back in 1821 and was known as a City HOtel. However, it would close in 1864. The building would then stand empty for many decades before it was renovated. However, it was only partially renovated. With that being said, there are several floors that are going to stand today as they did when it was first built. There are several spirits that are haunting this place. We are going to talk about a few of them and the history of the building so that there are no questions left unanswered.

This brewing company would open to the public in 1999. It was formerly known as the Oglethorpe Brewing Company. The current owners today are known as John Pinkerton and Gene Becco. It was in 2010 that the brewery won a gold medal for one of their craft beers. It won this gold at a festival in Colorado. The brewery itself made a top fifty list in the United States. It ranks up there with the top breweries in the nation. 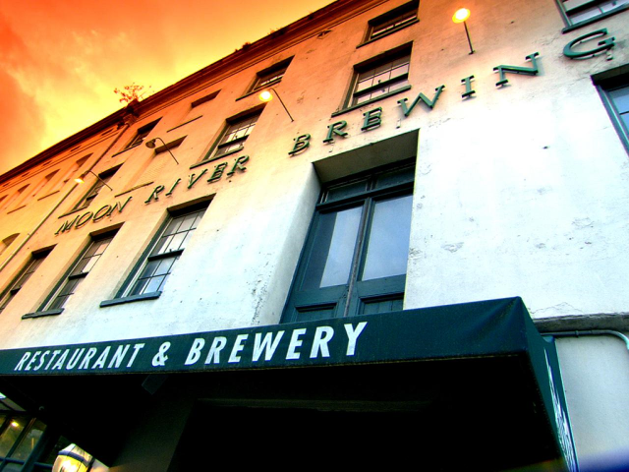 Moon River Brewing can be found where the old City Hotel was. An early native of Charleston, Elazer Early, would create the City Hotel back in 1821. This was the first hotel in Savannah and it was also home to the first post office in Savannah. Not to mention, a branch of the Bank of the United States. There were many notable people staying at this hotel during its operational days.

It was in 1851 that a man named Peter Wiltberger would buy this property. He would renovate it and even had a lion and lioness on display. Keep in mind that this was a live lion for attraction. The City Hotel guests would check out for the last time in 1864. This was just before the City Hotel would close down.

However, during the turn of the century, the hotel would be used as a warehouse for coal and lumber. However, coal would slowly die off and the building would be used for storage. It was in the 1960s that space would be renovated again. It would then be an office supply store that had a very large printing press. Not long after, mother nature would strike. Hurricane David forced this office company to close in 1979 because the roof flew off the structure. The building would become a place for treatment during the many cases of yellow fever. This would house mostly children. However, most of them would die. Many people would die from this. The building was a makeshift hospital to accommodate the large outbreak of yellow fever. After this, the building would continue to sit empty until 1995 until the current renovation took place to make it a brewery.

The building is supposedly haunted. That is why so many people go on tours to see it for themselves. There have been many claims by tourists and those who work there that the place is haunted. There is even said to be a poltergeist activity as well. There was a special filmed on Halloween and it was featured in Ghost Hunters.

The Ghosts in the Lower Levels

There is a ton of attraction to the basement of the MR Brewing Company. This is the most famous ghost’s home. The staff call this ghost Toby. You can see him in the basement. He likes to move through the shadowed areas of the lower level.  Keep in mind that the basement is not off-limits and there are many encounters that happen with Toby. People will go through the basement during tours as well. One person on a tour claimed that instantly her body went icy. However, it was only the right half of her body that was icy. The woman also stated that she was hearing voices and couldn’t understand what the voices were trying to say.  When she was taken outside, she was back to normal like nothing ever happened. Many people believe that she was faking it, however, many other people who have come into the basement have reported the same feelings. Who is to say whether she was faking or if it was real?

Haunting on the Second Floor

A famous shooting had taken place on the second floor. This shooting involved James Shark and Philip Minas. James was shot and he was shot by the local physician who was named Philip. No one knows for sure where the man was shot. Depending on who you ask, you will always get a different answer. There are many versions of this story too. However, it is said that James Stark still roams the halls of the brewery to this day. He is known to roam the main floor and the second floor as well.

Paranormal Activity on the Upper Floors

There have been many reports of ghosts and shadows on the upper levels of the building. There is the Lady in White, people being pushed down the staircase, people being chased out, and all sorts of paranormal activity.

Dining With the Spirits

There have been many events that can only be described by paranormal activity. There is just no logical explanation otherwise. Ghosts are messing with people at this brewery. The MRBC has a nice dining area, however, there is some unusual activity. One gentleman states that he had been on a date when his lady friend excused herself to use the bathroom. She would not return for nearly fifteen minutes. When she did return she was crying and shook up. She stated that the bathroom door wouldn’t let her out. The stall was locked and even with all her weight she could not get it open. She would call out for help and beg to be let out and pushed one last time. The last time she pushed it opened right up. The waitress would see that the lady was upset and the young woman stated what happened. The waitress stated that the ghosts tend to hide in the bathroom and do that to guests and that she wasn’t the first one to experience that phenomenon.

Another couple was on a date and the lady jumped up and her face was white as snow. She stated that someone had grabbed her leg twice. She thought it was her date, but she saw that his hands were visible. She stated she could feel what she thought was a hand grabbing her thigh and leg. This is why many people steer clear of the dining area.

The Moon River Brewing Co. has been many things, however, among those things is haunted. It is a beautiful area with lots of history, however, it is a place that has a lot of death. This means that there is going to be paranormal activity. No matter where you go in the building you are bound to find something that just can’t be explained. You can take a tour and visit the company if you choose. Just remember, sometimes when you think you are alone, you aren’t… So if you are up for some paranormal activity, take the time to stop in for a tour.