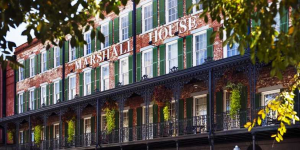 There are several places that you can stay in Savannah, Georgia. But if there is one place where you’re looking to stay while visiting this beautiful city of the southern United States, you may want to check out the Marshall House. Whether you stay somewhere else, it’s actually a place worth visiting. Not only is it great to go for the history lesson, but also for the possibility of witnessing some strange paranormal activity (and maybe a specter or two if you are lucky). We’ll be talking about the history of the Marshall House and the stories of the apparent hauntings and paranormal activities that have taken place (and probably still occur even to this day).

The building was developed by Mary Marshall. She came from a family that had settled in Savannah during the colonial years. In her lifetime, she developed a reputation of being a respected businesswoman who had witnessed some of the historical changes of Savannah from the early 19th century and through the Civil War and Reconstruction years. However, business was nothing new to Marshall. Her father had accumulated wealth in his own right. Over the years, she was able to purchase land and develop it into various buildings.

One such case was the construction of the Marshall House, which was built in 1851. This was to meet the need for housing and lodging accommodations due to the boom in population in the previous decade. At the time, Savannah was growing rapidly during the rise of the railroads. The house was mostly used for a hotel that would be frequented by travelers from near and far. Plus, it was (and still is) in the center of Savannah’s downtown district where various shops were in operation. Six years after the Marshall House was built, a new addition was included in the form of an iron veranda.

However, the Civil War had broken out and soon the Union had begun taking over Confederate territory. The city of Savannah had later been seized by the Union Army under the command of General William Tecumseh Sherman. During the Union’s occupation of Savannah, the Marshall House served as a medical facility for Union soldiers until the end of the war in 1865.

In 1880, the Marshall House grew about a third in size as the owners acquired the adjacent Florida House. However, the hotel would soon shut down in 1895 and would remain closed for four years. This was likely due to the renovations and the inclusion of newly discovered inventions including electric lights and newly developed hot and cold water plumbing.

The Marshall House underwent an identity change in 1933 when it was renamed the Gilbert Hotel. It was named after its owner, Herbert W. Gilbert. While Gilbert owned the hotel until 1941, he was able to make drastic changes to the hotel which included more rooms, apartments, and a new heating system among other additions. A complete reservation was done five years later. Over the years, the Marshall House had undergone several rounds of renovations over the years. But today, it still stands as one of the oldest and one of the most prominent buildings in the city of Savannah. Some of Mary Marshall’s other developments are within a short walking distance from the Marshall House itself.

As it stands as one of the oldest buildings in the city, we cannot imagine how many stories can be told about the place. However, we can only imagine how many paranormal activities may have occurred (and maybe some encounters with guests that still stay around long after they have “checked out”). 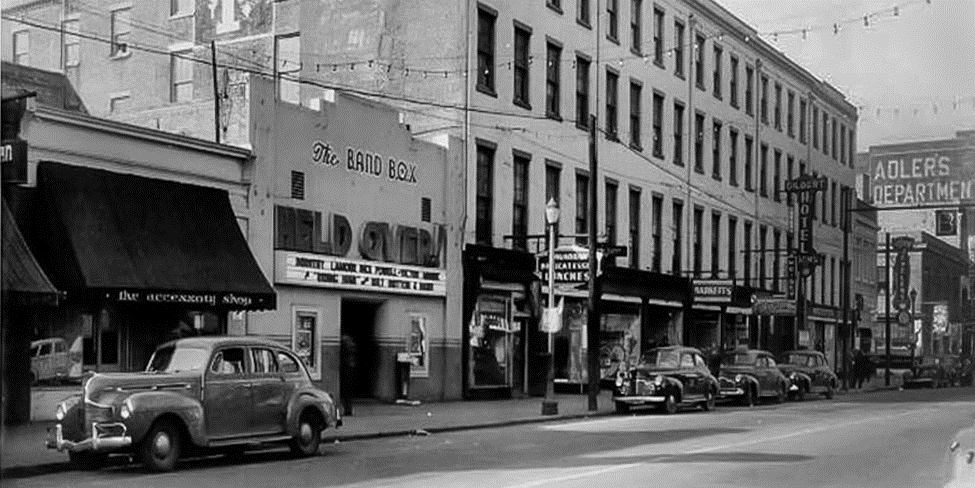 The city of Savannah has had its stories of various hauntings. And they may be connected to some of the most historical events that have occurred in the city. At times, the house had served as a medical facility not just for Union soldiers but also for those who were stricken by yellow fever that has swept the Southern US on two separate occasions. One such story of a spiritual sighting was said to involve the specters of various children. The stories of visitors hearing laughter and several footsteps running up and down the hallway have been commonly heard. Some have said they have witnessed seeing water faucets randomly turning on without anyone touching the switches.

Plus, several guests in the past have witnessed seeing shadowy figures without seeing anybody nearby. These may have been the spirits of several specters ranging from Union soldiers to those who have succumbed to yellow fever. It would be no surprise that the spirit of those who have apparently died inside the Marshall House still loom around long after their deaths.

One guest who had stayed at the Marshall House had a story to tell about a specific room. That room is number 306. The room was located on the fourth floor of the building where various noise complaints were allegedly reported. One such guest actually said that they had literally lived in haunted houses, but have actually been “creeped out” by the activity going on at the Marshall House. If you are a fan of the paranormal that has some encounters of strange activity under your belt, you probably will feel the same way.

While there are no names to connect to several of these spirits that may be in and around the Marshall House, there is one in particular that is said to be still around even to this day. In the lobby is a portrait of Mary Marshall that was painted in 1830. A little girl had discovered the painting and pointed out to her father saying that she saw Mary Marshall herself standing in the hallway.

Other noises that have been heard inside the hotel have included typewriter noises. Legend has it that Joel Chandler Harris, a writer known for writing the “Uncle Remus” stories, is said to be still hard at work on his next story. But the stories won’t end here as far as sightings go. Yet, it goes beyond seeing things. On various occasions, some guests have complained in the past of mysterious smells. Some have said that the smells have come from their bathrooms and could only describe it as the scent of burning flesh. There were reports of these foul odors dating back to when the Marshall House was last renovated in the late 1990s. One worker said that the smell was so bad that it delayed the project by at least a few days. However, the smell dissipated when the sound of gospel music was being played from nearby, despite their best efforts of getting rid of it through other methods like deodorizing.

If you are traveling to Savannah and have a bit of an interest in all things paranormal, you probably won’t have too far to go. In fact, you might encounter something without even leaving the floor you’re staying on. The Marshall House is a place where it has stood since the early years of Savannah. Although it sits in the heart of a busy downtown area, it proves that not every haunted place has to be dark and eerie looking.

While there might not be a guarantee as to what you may encounter during your visit to the Marshall House, you can still be able to check out some of the haunted sights that are scattered all over the Savannah area. You’ll never know what you might see (or maybe smell) while you are exploring.