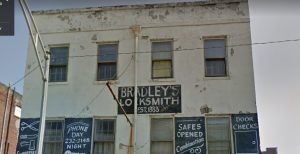 The building at 24 E. State Street is home to one of the oldest locksmith shops in the country. Bradley’s Lock and Key has been in business since 1883, and it’s been a cornerstone in Savannah ever since. The shop hasn’t changed much since it opened and is filled to the brim with all sorts of antiques. From pictures of Harry Houdini to barstools occupied during Civil Rights Era sit-ins, you name it, and the Bradley’s have probably got it. The Bradleys are well-known in Savannah, so when a serial killer murdered a family member in 1994, the city was shocked. Milton Bradley, a 72 year old World War II veteran, was brutally bludgeoned to death by Gary Ray Bowles. Though Bowles was put to death in 2019, it took nearly 25 years for authorities to catch up to him. Bowles was able to take the lives of six men before he was caught. Despite the tragedy, Bradley’s Lock and Key lives on. Many suspect the building to be haunted, and they’re not wrong. Attachment theory is a common theme in paranormal circles. Old things hold memories, and ghosts stay attached to those memories after death. With the number of antiques stored inside Bradley’s Lock and Key, there are sure to be quite a few poltergeists floating around. Many report seeing strange shadows moving around the building at night, along with ghostly apparitions standing at the windows. According to previous residents, living in the apartment just above the shop is a nightmare. Objects tend to move on their own, unusual noises and scents emanate throughout the building, and strange figures tend to float through the walls. According to some, the ghost of Harry Houdini is rumored to appear in the building.

Dini Bradley’s grandfather was riding the trolley one morning when he had a revelation that would make a mark on Savannah. He noticed the large necklaces with keys on them that had become so popular during the time. Seeing the opportunity for a lucrative business, he decided that he would become a locksmith. Eventually, his grandson took over and made Bradley’s Lock and Key Shop a family legacy.

Over the years, Dini used Bradley’s Lock and Key as an antique shop of sorts. He amassed numerous artifacts from Savannah’s history. Cannons from the wars, old church bells, historical photos. Dini even got ahold of a set of barstools that Civil Rights marchers occupied during a sit-in.

Bradley’s Lock and Key is still a fixture in Savannah. Dini had since passed ownership of the shop down to his grandson, who was just 24 when he took over the shop. Bradley’s still makes keys for just $1 and often gives out free keys to kids as good luck charms. They see about 100 customers a day, more than enough to stay in business. W.W. Law, a prominent Civil Rights activist in Savannah, still drops by every now and then, opting to take a seat in one of the barstools he defiantly sat in over 50 years ago.

Gary Ray Bowles and the Murder of Milton Bradley

Milton Bradley was loved by those who knew him. At 72 years of age, he was still alive and kicking, despite the traumatic head injury he suffered while in the US Navy. His ship was hit by an attack while in the Pacific during the Second World War, causing it to sink and injuring Bradley in the process. He spent his days walking the city squares and streets of Savannah during the day and frequenting bars at night.

Gary Bowles happened to be visiting Savannah in May of 1994, and by then, had already killed two others. He targeted older gay men. Looking for his next victim, he went to Faces, a popular gay bar in Savannah that has long since closed its doors. It was there that he met Bradley. While Bradley wasn’t gay, he frequented various bars around town, both gay and straight, to take advantage of happy hours and specials. Bradley was known for being friendly, starting a conversation with anyone who was interested. Bowles took advantage of Bradley’s kind and open demeanor, having found was he was looking for; his third victim.

The following day, authorities found Milton Bradley’s body behind a shed near a golf course. He has been bludgeoned to death and had dirt stuffed in his mouth. Bowles was never caught nor prosecuted for the murder. He was arrested later that year for murdering a man near Jacksonville, Florida. While he was never tried for Bradley’s murder, he later admitted to killing him. Bowles killed six people in total and was nicknamed the “I-95 Killer”, as all of his victims were found a few miles away from the interstate. Gary Ray Bowles was sentenced to death by the Florida Supreme Court in 1999 for the murder he committed in Jacksonville, as well as another murder he admitted to. He was executed in August 2019.

The Ghosts of Bradley’s Lock and Key

The rows and aisles of antiques at Bradley’s has many paranormal experts writhing with excitement. It’s a well-known fact that spirits stay attached to their prized possessions after death, so it’s commonly believed that the antique items stored in the shop attract supernatural entities. The believers are probably on to something. While the owners of Bradley’s Lock and Key haven’t made any statements publicly, those who have visited the shop or have spent enough time in the building say that there’s definitely something up.

The shop is a friendly and interesting place during the day, but things can get a bit spooky at night. Those who pass by say they’ve seen strange figures and shadows moving around the isles while looking through the front door. Others say they’ve seen ghostly apparitions standing in the windows. Some rumors even say that the ghost of Harry Houdini occasionally appears in the building. Houdini did like locks, and there are pictures of him everywhere. He was also acquainted with the founder’s son. Who knows? Maybe the small shop secretly doubles as a shrine to the notorious escape artist.

While the shop is a bit spooky at night, it’s child’s play compared to the apartments directly above the shop. Several former residents claim to have experienced a number of supernatural events during their stay. One resident reports that his personal belongings would often move around on their own, sometimes being randomly thrown on the ground. Others have reported random spots of freezing cold air, which persisted even through the hot Savannah summers. There are also strange apparitions that are known to float around the building and pass through walls. The ghosts often visit the tenants in their rooms late at night, and a few residents have been scared straight through the front door.

Thanks to its long and bloody history, there’s no shortage of haunted houses in Savannah. In fact, there are so many that sometimes they’re clustered together. Many of the city’s town squares are supernatural hotspots, being home to multiple haunted houses. Columbia Square is the heart of the city’s preservation movement and has three haunted buildings within a few hundred feet. The ghosts of the victims of Yellow Fever can be seen at Oglethorpe Square, and the haunted Owens-Thomas House is right around the corner. Calhoun Square was once a burial ground for African American slaves, and it’s one of the city’s many secret burial grounds. Want more haunted Savannah? Here are the top ten most haunted spots around the city!