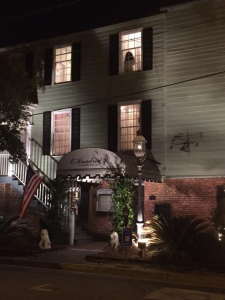 This restaurant and inn are supposedly haunted by several different spirits. People who have gone here always know what to look for. With that being said, the most commonly known spirit is named Anna. Anna was a young woman who had killed herself at this inn. We are now going to talk about the history of the 17Hundred90 Inn and what is in store if you plan to visit the area.

History of the Inn

Shortly after the American Revolution, we had gained independence from England. It was in 1790 that Savannah would have a free election of a mayor for their city as well as a city council. The formation of the government in Savannah started during this year. At this time, Savannah was nothing more than a small village. It only had a few hundred small buildings with sand streets. There were even wagons with horses to pull them. It was a simple way of living but provided all the needs that everyone had. The inn was built to help celebrate the heritage of the village. Today, it is one of the oldest operating inns and restaurants that offers lodging and fine dining.

The Inn, as well as the restaurant, are built where there were three different houses. The western portion of the building would be built for a duplex. This was built between the years of 1921 and 1823 by a man named Steel White. The smaller portion, the eastern side, was built in 1888. This was built by a family known as the Powers. The ground level features a slate floor and even soft brick. This is believed to be from another structure that was there previously. It is believed that the floor was once a building that had been burnt to the ground in the fire of 1920 that destroyed many homes and structures. You can see the original wooden shingles if you go in the attic. Plus, there are wedges and wooden pegs that are going to hold beams in place throughout the property.

There is a three-story guest house that can be found across the street. It is on York Street and was built in 1875. It was said that the hand-painted ceilings that are in the parlor were painted by a Norwegian shipbuilder. He was living there at the time and could not afford rent so he had painted the ceilings to cover his rent cost.

The Inn was supposedly used as a boarding house before it was remodeled and became a beautiful fine-dining restaurant and Inn.

Today the Inn has fourteen rooms that feature queen or king-size beds. It also will have a private bath and many antiques. Not to mention, the several ghosts that are waiting for you. Keep in mind that the best part of the place is the beautiful drinks and fine dining. The long history of getting fresh seafood, lamb, steak, chicken, with a beautiful glass of wine is the best. This dining experience is not one to miss, even if you are a little scared of the spirits lurking around. 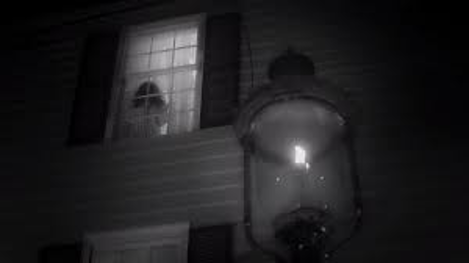 According to the locals, Anna, a young woman, had died in the building. She would die at the inn due to a broken heart. In one version of the story, Anna had fallen in love with a fine man. Keep in mind that Anna was not a rich woman. She was a barmaid or even a housemaid. She was not wealthy or high-class. She was just your average woman. He was a sailor who had left town not long after he had promised to marry her. She was in love with this sailor. She had gone back to her room in 204 devastated that he left. He had left without saying goodbye after promising her the entire world. She would then wait and look out her window while weeping. After she realized that he was not coming back she did the unthinkable.  This version states that she had thrown herself out of her window and died when hitting the ground below her.

Another version states that Anna had an older husband and Anna was still falling for a younger sailor. The older husband had found out and had beaten Anna to death. He would only then throw her body out the window to make it look like she had committed suicide.

The last tale states that a jealous mistress had pushed Anna out the window and made her fall to her untimely death.

No matter what story you listen to, all of them have one thing in common, Anna had plummeted to her death out the window of room 204.

Given how tragic the story is, it is not surprising that you see ghosts in the hallways of the inn. Employees will state that pots and pans will rattle mysteriously in the kitchen even when it is empty. Plus, in vacant suites, you can even hear crashes that have no origin. One member of the team had reported that she had heard the voice of a man in the courtyard of the building and felt hands pressing on her back. Another employee states that you never feel alone even when you are at this place. You always feel like you are being watched.

People who stay in room 204 are always experiencing unnerving events. Because of all these happenings, people who stay in this room have to sign a waiver that states that they acknowledge that they cannot get a refund if they were to leave early due to any circumstances.

Hauntings Outside of Room 204

While most of the paranormal activity takes place in the room where Anna had died, room 204, there are other areas where guests have reported many other things. Anna’s old room isn’t the only place that you can expect to see something out of the ordinary. Many guests will startle awake to the sound of glass shattering. Some people even report seeing someone standing at the foot of their bed. THey report this as being a shadowy figure.

Women who have stayed at the hotel have also left their toiletries and their jewelry in one area of their room only to come back and not be there. They will find their belongings elsewhere in the room. It is said that Anna doesn’t like any female who stays there. She despises them. It is said that Anna will pull the hair of a female guest or even push them out of their bed while they are asleep in the middle of the night. An employee who is female had a scratch about six inches long on the arm. The employee believed this was Anna being hostile to females again.

The kitchen is said to be haunted by a head cook who has long been dead. This cook is the one who bangs pots and pans together. You can only earn respect from this ghost if you respect her and show that you care to be in that situation.

Miley Cyrus was staying in room 204 with her mother while she was shooting a movie at a nearby location. The young celebrity had tweeted about how she had encountered Anna. She posted a picture of her boot and it had a handprint on it. She stated that Anna left this print on her boot. 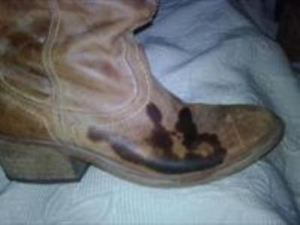 No matter where you go at this inn, you are bound to find some type of paranormal activity. It is an old building that was built on the foundations of several other buildings. People have taken their lives and died working there. It is a beautiful place to go, however, if you do go just maybe avoid staying in room 204. However, if you are brave, maybe 204 is the room for you.